UBC in Alberta Leading the Charge to Protect the Scaffolding Industry

Scaffold erection is dangerous work that requires pinpoint skills and quality training. However, a group of non-union employers in Alberta is seeking to create a system that will ultimately produce a much less skilled scaffolder. In response, the Alberta Regional Council is leading the charge to protect the scaffolding trade by aggressively lobbying against the effort and exposing the real motivation and impacts of this proposal.

This self-serving group has asked the Alberta Apprenticeship and Industry Training to give scaffolding an official designation that would completely undercut the values and the standards that the UBC, the Alberta Regional Council of Carpenters, and its employer partners have long fought for and developed. Other UBC jurisdictions in Canada should watch this issue carefully. This non-union employer group wants the provincial government to designate scaffolding as a “designated occupation,” and to have scaffolders called “industrial scaffold technicians.”

As a designated occupation, the trade’s training stream will be essentially unregulated and subject to little or no oversight. The threat to the current standards is that participation in a designated occupation is voluntary and a certificate is not required by law for someone to work in the industry. Such a decision by the provincial government would completely undermine everything the UBC and its scaffolding employers believe in: Training for—and working to—the highest possible standard.

It would also make it virtually impossible for the UBC and its partner employers to achieve the long-term goal of having the trade designated as a compulsory occupation in which certification would be a necessity for everyone working at the trade. There is no doubt that if the occupation were classified a designated occupation, the standards of training and safety provided by non-union employers will not be anywhere near those provided by the UBC training centres in Alberta and practiced by its members and their employers.

As a result, plenty of poorly trained people will be at work with certificates in their pockets, but without the skills necessary to properly practice the trade. 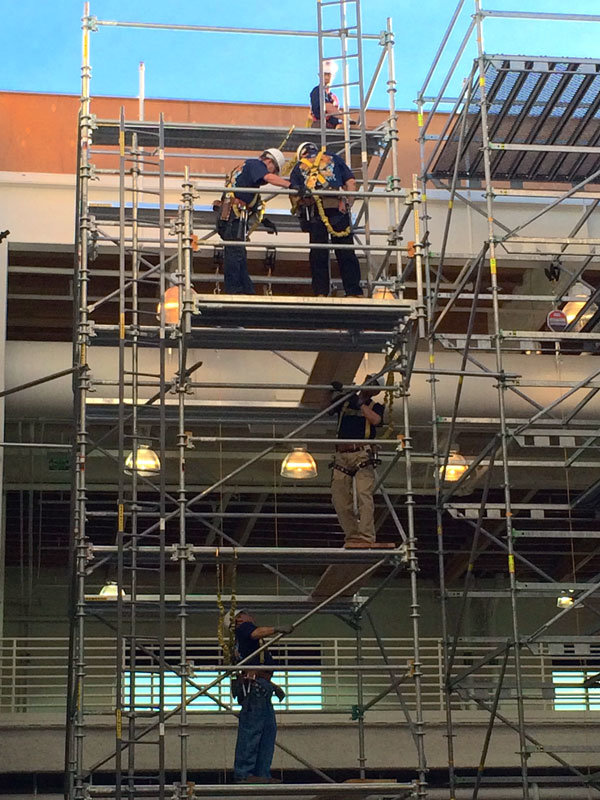