On November 14, 2018, over 500 girls from vocational high schools, plus 150 staff, showed up for the Girls in Trades (GIT) conference and career fair. The conference combines a traditional apprenticeship career fair with workshops for the girls and the adults. It was held as part of the Department of Labor’s (DOL) celebration of National Apprenticeship Week.

During the conference, attendees learned about becoming an apprentice and being a Union member. They also learned about GIT leaders who serve on Equity in Trades Councils (photo with gray shirts). These leaders have formed groups within 24 vocational high schools – their goal is to support students who have chosen “non-traditional” trades.

The conference keeps getting bigger and Sisters are having success. Check out the two new recruits posing with Boston SIB chair Liz Skidmore.

CLICK BELOW to learn more about the GIT and Equity in Trades Councils. 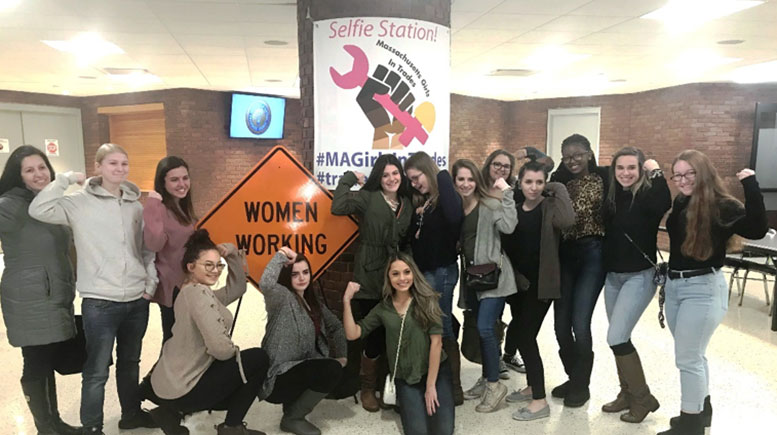 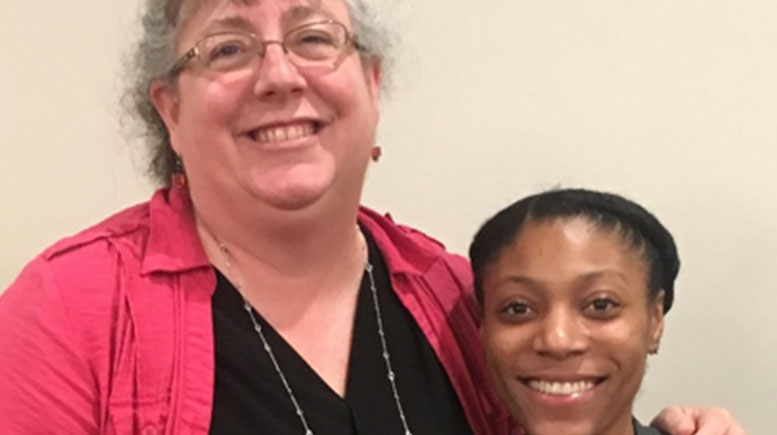 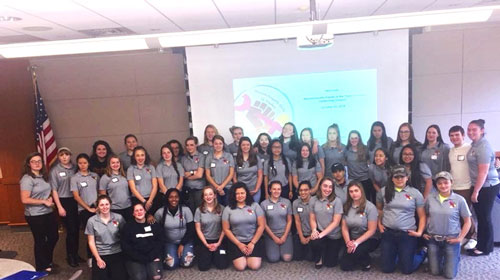 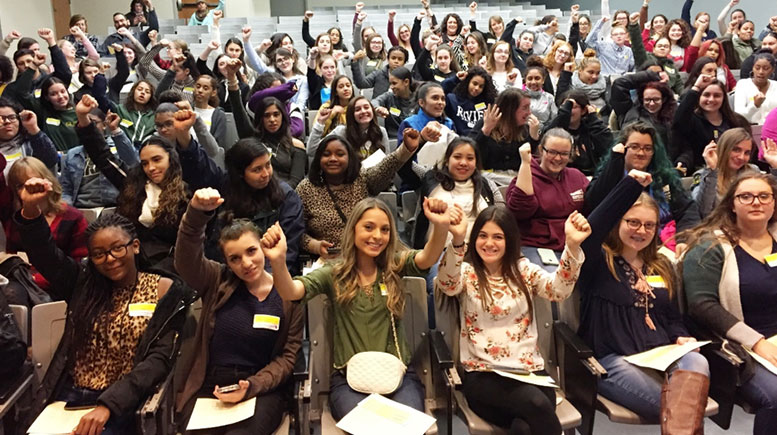 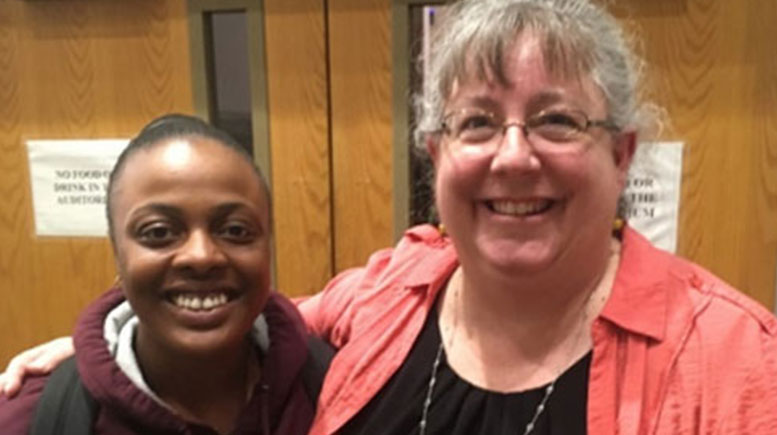 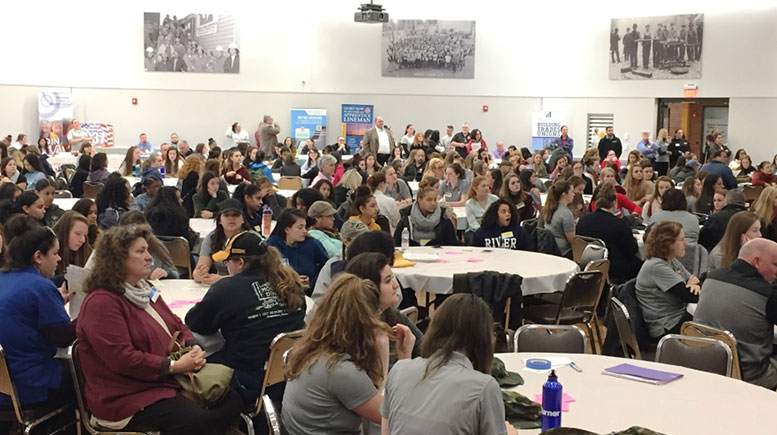