Ziven Drake joined Piledrivers Local 56 as an apprentice after six years working as a mechanic in the United States Air Force. Certified in scuba for over fifteen years, she was drawn to a career as a union diver by her love of water and working with her hands. Similar to her experience in the military, Ziven notes that it “takes a certain type of personality” to be a female working in a male-dominate field.
Her advice to women considering a career in the trades? “Don’t be intimidated…You can do a lot more than you think….I’m female and physically I’m not a large person but I’m just as capable, if not more so, of performing to a male standard. Don’t be intimidated, just get out there and do it.” 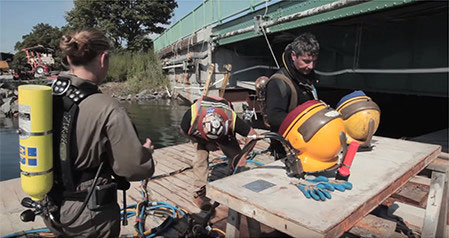