Joining some of their Brothers, three New England Sisters participated in a massive “volunteer scaffold build” inside the Boston Convention Center. A project that was in partnership with the Boston Society of Architects (BSA), the goal was to create an inviting space that reflected happenings in the city of Boston.

The result – Carpenters built an awesome show space for the Society; the largest of 400 exhibitors at the convention. 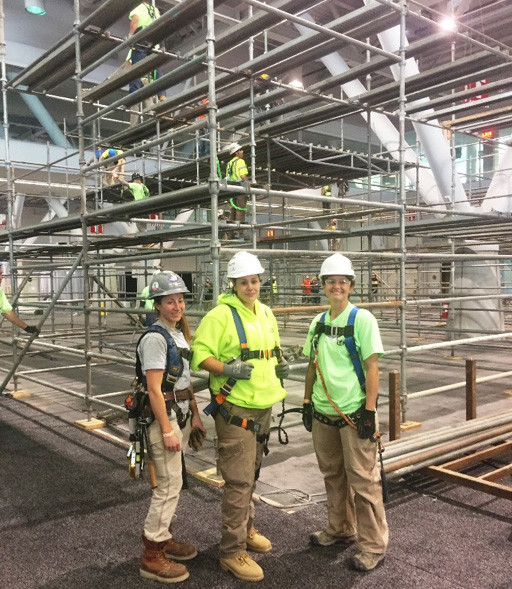