These Sisters have their walking shoes on!

Next, Sisters played a roll in a march at the state Capitol in Jefferson City, Missouri (see below). The march was held on the Saturday before Governor Jay Nixon vetoed a “right to work” bill that was passed by the Republican-controlled House and Senate. Mass outrage from state Democrats, labor unions, and other groups deeply opposed to the idea of government meddling in employer-employee relations. 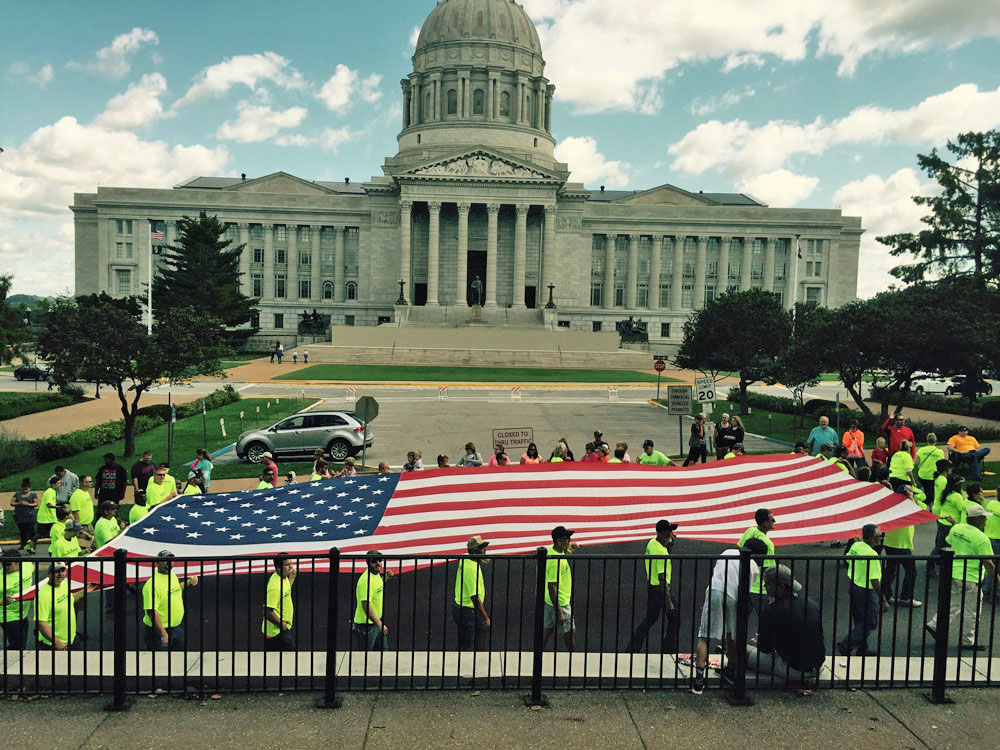 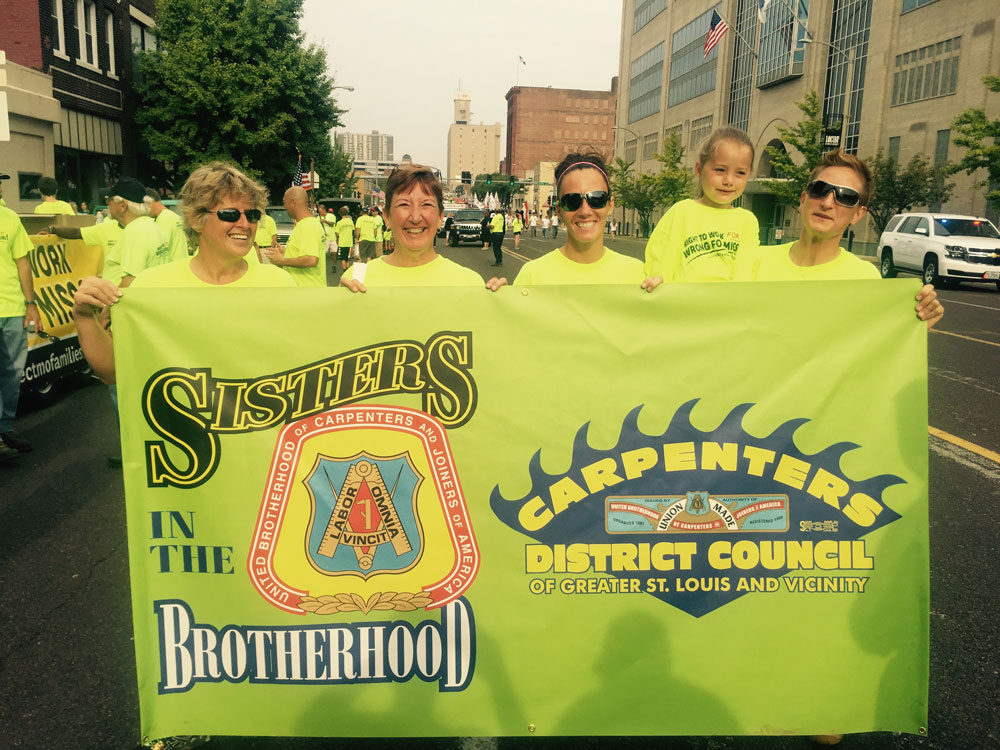