At a recent PRIDE Parade, St. Louis Sisters showed they were proud to be Union and proud to be affiliated with the Missouri Women in the Trades (MoWIT). In fact, eight Sisters as well as two Brothers joined MoWIT at the event, which was held in St. Louis.

The Sisters received tremendous support from men and women in the crowd. They also met several politicians who showed their support.

This parade picture says it all! 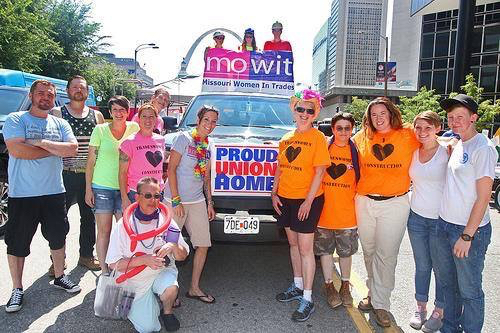