Seattle SIB Chair Is Tradeswoman of the Year

Saskia Brown, carpenter foreman for Sellen, received the Tradeswoman of the Year award from the Washington Women in Trades organization. The award is granted annually to a tradeswoman who excels as a worker, leader, and community member.

Saskia has been with Sellen for more than six years, where she is respected by her peers and supervisors. She mentors newly hired carpenters, recruits women for the trades, and volunteers at a variety of organizations. Her talents have led to work on many high-profile projects and to having received several awards.

Saskia possesses the attitude and attributes that make her the ideal choice for the 2016 Tradeswoman of the Year award. CLICK HERE to read the entire article. 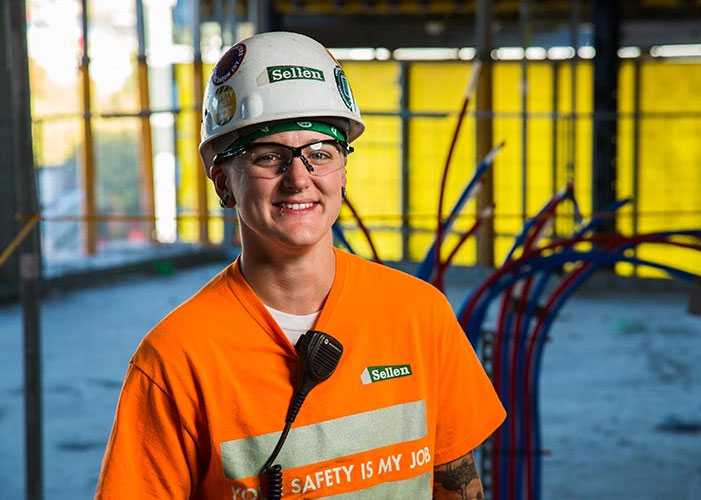