After earning an undergraduate degree in Interior Design, Hannah Grey spent several years working for an architectural firm. Then, she participated in a workshop that started her on the path to becoming a Carpenter. That’s what Hannah said in a recent article which appeared in the New York Times.

The workshop demonstrated how blueprints from architects and designers translated into real-life projects. It reminded Hannah of growing up in Bedford, Massachusetts, where she learned how to repair and restore woodwork from her father. “Working with my hands and helping him fix things was fun,” she said.

So, in 2014, Hannah decided to pursue a career as a Carpenter.  She had the right skills and was excited about doing different work.  “I enjoyed working as an Interior Designer,” she said, “but it was more of a desk job.”

As for switching from a white-collar position to learning a trade, Hannah says, “I have met people in the program with college degrees who left office jobs.”  She has chosen a career that works for her. 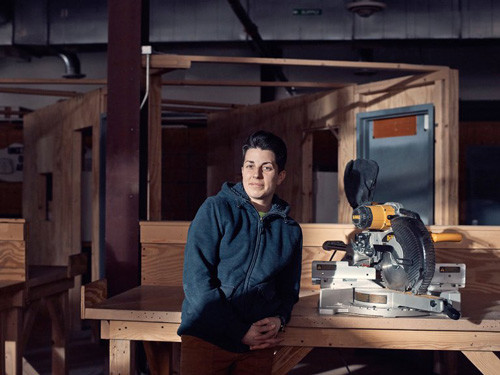