Two female members of the New York City District Council of Carpenters (NYCDCC) were recently honored for their success and contributions to the local construction community. The Council’s Labor Technical College Executive Director, Elly Spicer, and a member of her staff, Liz Sgroi, took turns being honored in consecutive months.

The New York chapter of Professional Women in Construction (PWC) honored Spicer (pictured, below) as part of its Salute to Women of Achievement program. In her remarks, Spicer pledged to continue working to show that a diversified workforce is a positive asset on a job site.

David Meberg, CEO of New York’s Consolidated Carpet, a NYCDCC signatory contractor and a major PWC partner, commended Spicer’s work and congratulated her for breaking through the “wooden ceiling.”

Spicer has filled a variety of roles under that wooden ceiling. She is a longtime member of the Council’s Women’s Committee, where she pushes to help women achieve higher levels of success in the industry. She also was Executive Director of the New York City and Vicinity Carpenters Labor-Management Corporation.

In April of 2011, she became Executive Director of the New York and Vicinity Carpenters Labor Management Corporation, and accepted the role as Technical College Director just six months later.

“There isn’t any part of this profession that’s too difficult for women—it’s just tradition that has to be overcome,” she said.

New York’s Nontraditional Employment for Women (NEW) program trains women in the skills they need for careers as union tradeswomen, and has placed more than 1,000 in construction-related jobs in the last five years.

Spicer is a former instructor and staff person at NEW. “I saw the potential for a career as a union carpenter after developing the first iteration of their pre-apprentice training program. Three decades later, here I am, overseeing a staff of 50 and a 100,000-square-foot training facility for a four-year carpentry apprentice program,” she said.

One of her full-time instructors is Liz Sgroi, (pictured, at right) herself a NEW graduate and former instructor.

NEW honored Sgroi with the Equity Leadership Award at its 2012 luncheon, an annual fundraiser that is a highly anticipated event in the New York City real estate and development community. The event’s highlight is the Leadership Award, which is given to NEW graduates who have an excelled in their careers and who are committed to furthering opportunities for females in construction.

After working for several years in the field as a carpenter journeywoman out of Local 157, Sgroi is in her sixth year of handling a fulltime teaching load at the NYCDCC Technical College.  The only female instructor, she teaches Scaffolding, Fall Protection, CPR, First Aid, OSHA, and also covers Blueprint Reading and Introduction to Carpentry.

“The opportunity to help shape the future of our apprentices is rewarding and fulfilling  work. We have a great crew of instructors and I’m lucky to love my job,” says Sgroi.

Kathleen Culhane, NEW executive director, commented that Sgroi’s work is an inspiration. “She is a real influence for others. They see her as mentor and role model, for not only UBC female apprentices, but for tradeswomen everywhere.” 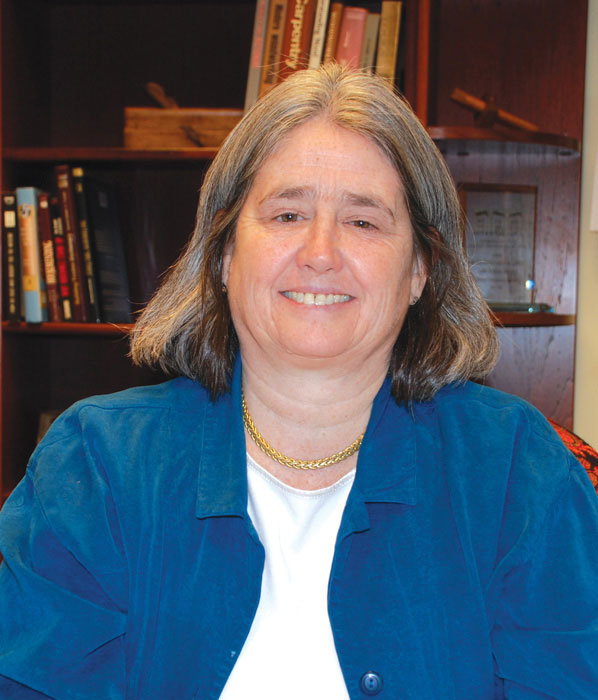 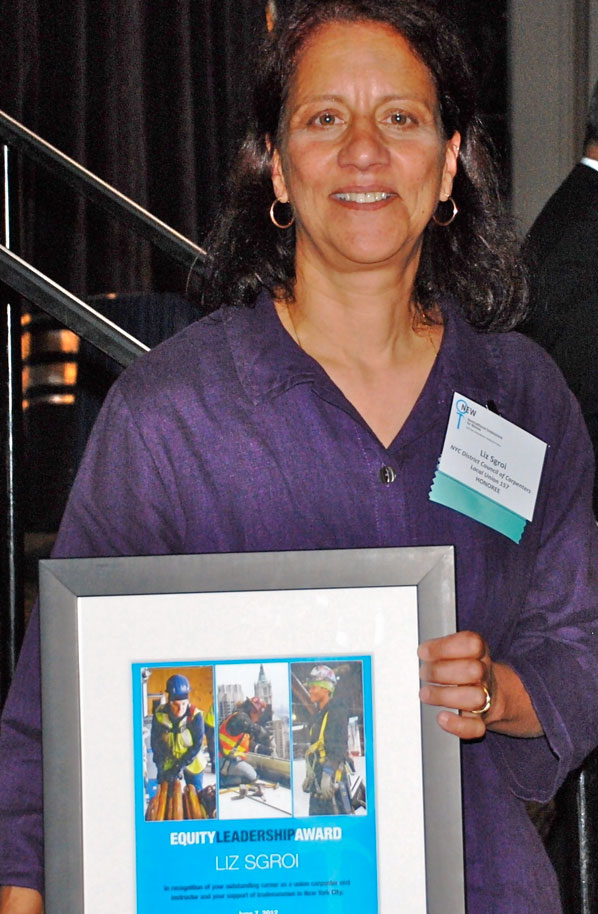