here is “value in becoming a Union carpenter”, was one of the messages shared with the 60 women that attended the Tradeswomen Open House on September 5, 2017.

NERCC Sisters worked with women from other trades to organize the event. These Sisters assisted in various ways; making individual speeches, participating in panel presentations, and facilitating group discussions. They included Vionette Montano of Local 40, Mikey Myles of Local 67, Linda Oba of Local 40, Michelle Wright of Local 40, and Liz Skidmore of Local 118.

The group also showcased their Tradeswomen Speakers Bureau at the Open House, which includes NERCC Sisters. Future plans include holding events called “Tradeswomen Tuesdays” that will be held on the first Tuesday of each month.

These photos feature: a few of the 60 women who attended the Open House; Sister Vionet Montano speaking to the attendees; and Sisters Shakil Linda Oba and Michelle Wright (second and third from left) planning to participate on a panel with other tradeswomen.

The Open House was a huge success. 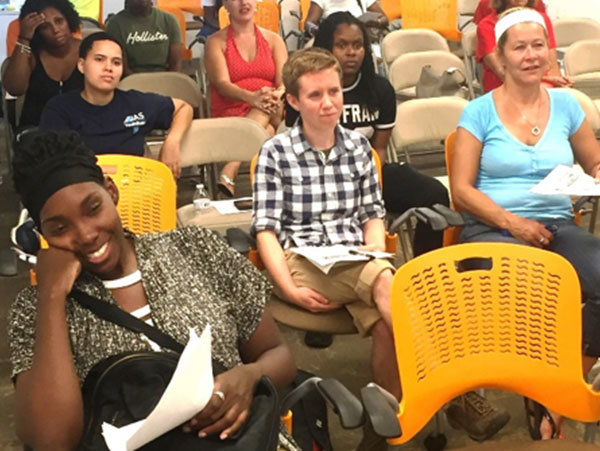 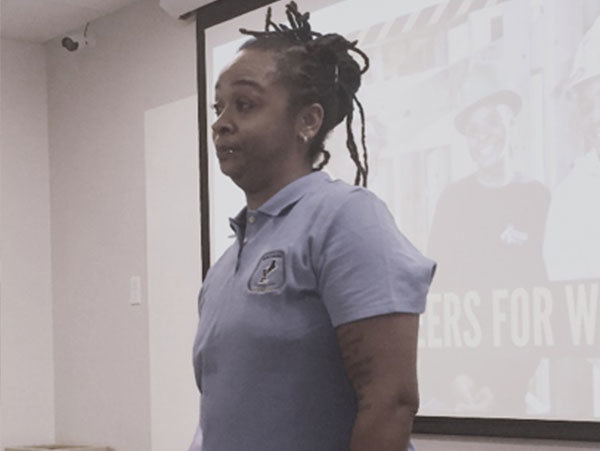 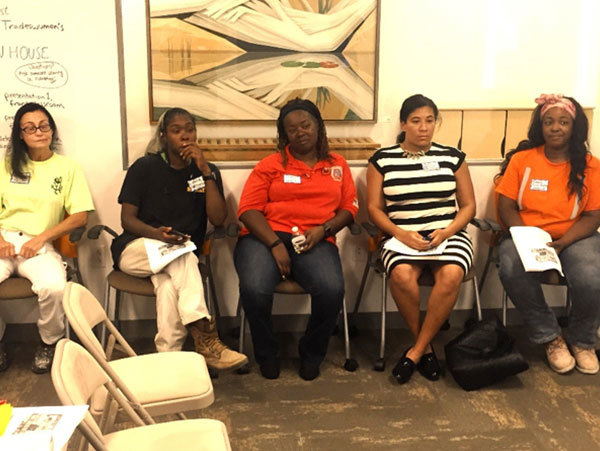