On January 21, 2017, Sisters from the New England Regional Council attended women’s marches in Washington, DC and Boston, MA. Men were also a big part of the audience, showing support and offering encouragement.

To ensure their visibility, Sisters created several banners emblazoned with a union message and commemorating the march.

The Boston marchers showed their spirit during a pose outside some brick homes.

In Washington, Sisters were treated to a tour of the UBC offices by Tom Flynn. They took an iconic rooftop photo which included the US Capitol.

The energy was high, the mood was positive, and Sisters were energized. These pictures say it all! 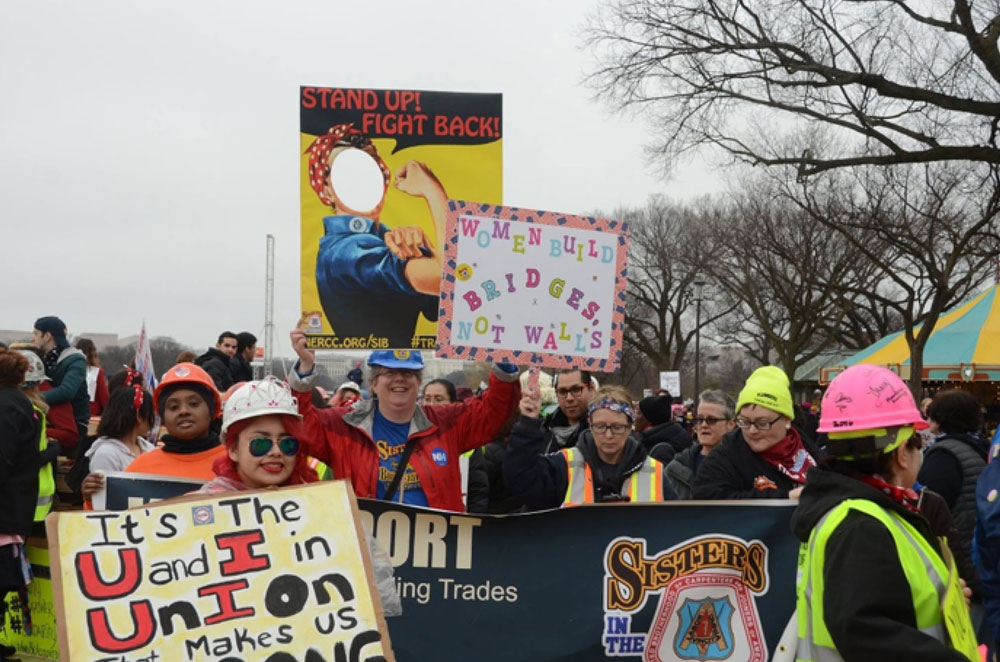 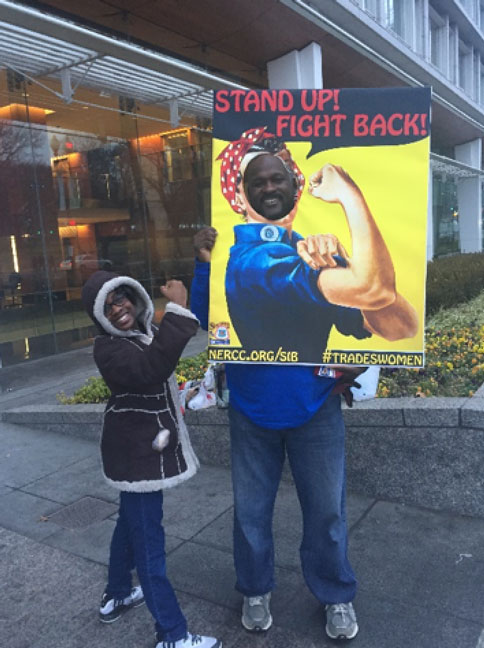 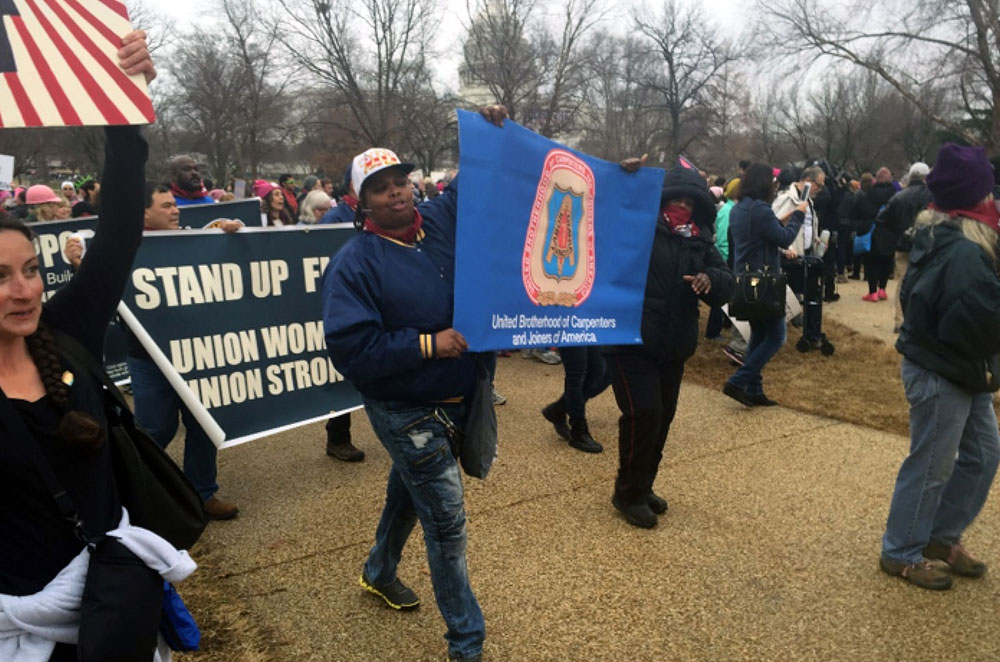 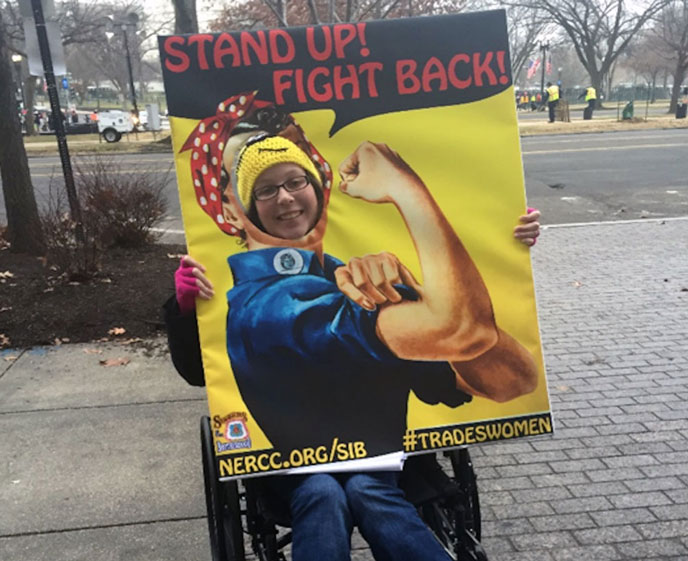