Increased funding for childcare – that was the message from Sisters as they joined other groups during a State House Rally and Lobby Day. They wanted to show support for an amendment that would require the Massachusetts Governor, Charlie Baker, to explain how he plans to use a one-time federal Childcare Development Block Grant (CDBG). Other states have used the money to take families off the wait list and to increase pay for childcare workers; ideally, the Governor would do something similar.

In the photos, Latisha McQueen (green top), is being interviewed by a State House reporter. She is also pictured talking to the Chairwoman of the Labor and Workforce Committee, Senator Pat Jehlin. Latisha and other rally goers had one primary message: make childcare work for more families, including those in construction who need early hour drop-offs.

CLICK HERE to learn more about the childcare for tradeswomen, Independent Women Project. They now have a model for construction-hour child care. They are also working with four childcare systems to obtain providers that could meet the needs of construction workers. 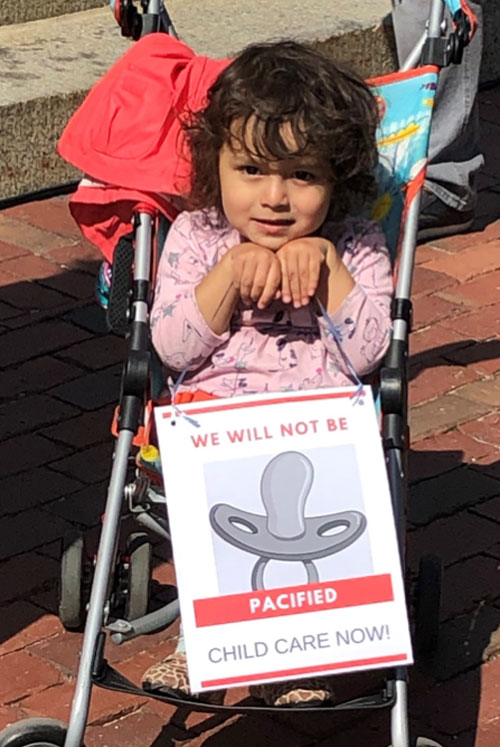 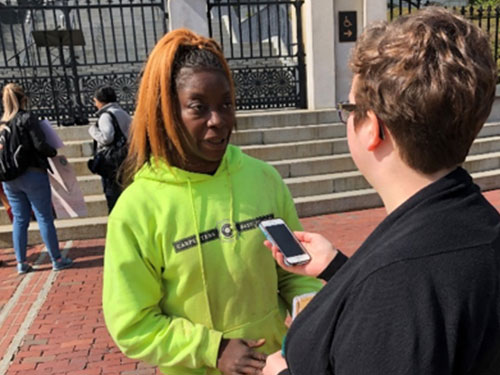 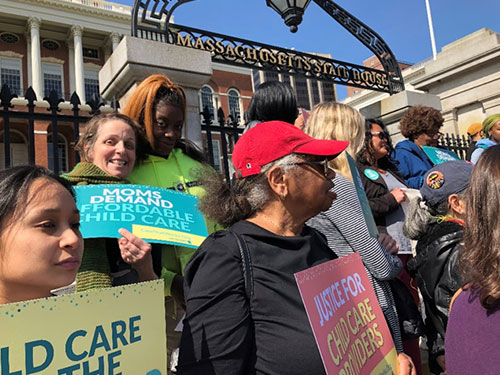 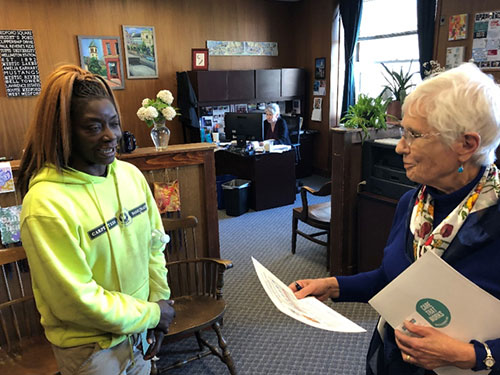