To show their support for efforts to stop violence against women, Manitoba Sisters attended a National Day of Remembrance event on December 6, 2019. This day marks the 1989 anniversary of the École Polytechnique massacre, in which an armed student murdered fourteen women and injured ten others in the name of “fighting feminism”.

Throughout the years, many Canadians have worked hard to increase awareness of the massacre and of the violence against women. They have done this by establishing memorial sites all across the country.

Manitoba Sisters were honored and humbled to participate in the remembrance. 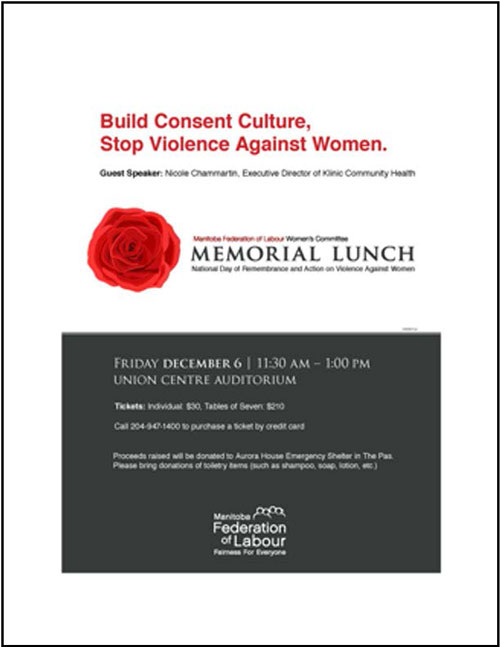