In May 2018, the SIB committee launched a campaign that marketed to women by posting images of female Carpenters on the NERCC’s electronic billboard. Since over 250,000 cars pass the billboard each day, Sisters saw this as a chance to attract more women to the monthly apprentice informational sessions.

A different female is showcased on the billboard each month, with these images being four examples. The image is also shared on social media, where one got a lot of activity on Facebook in December 2018. That was Mo Williams (blue hat), who received 25,000 views in less than a week! 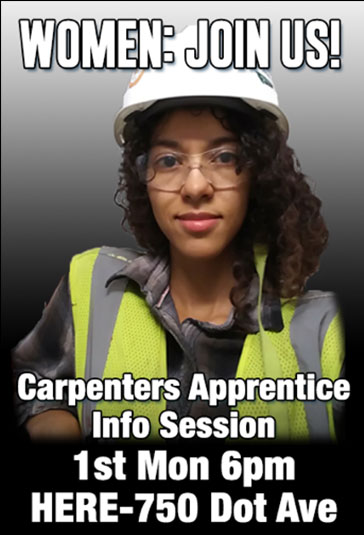 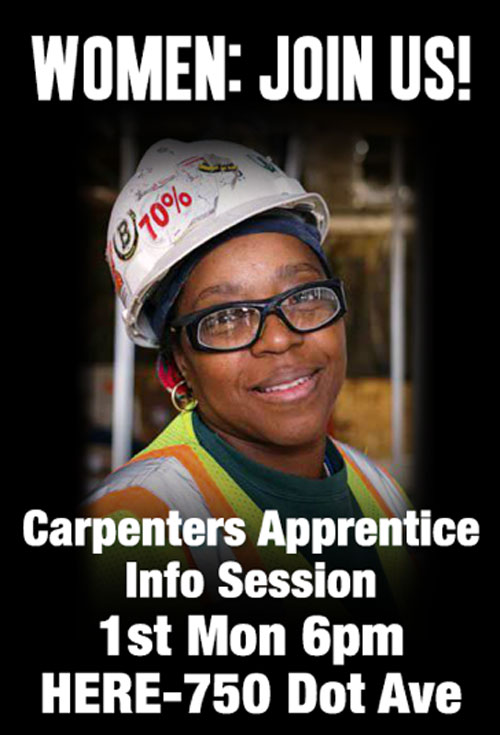 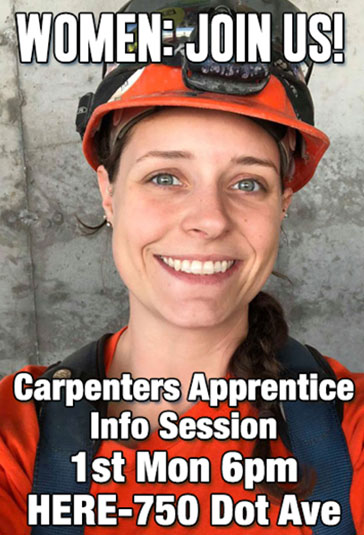 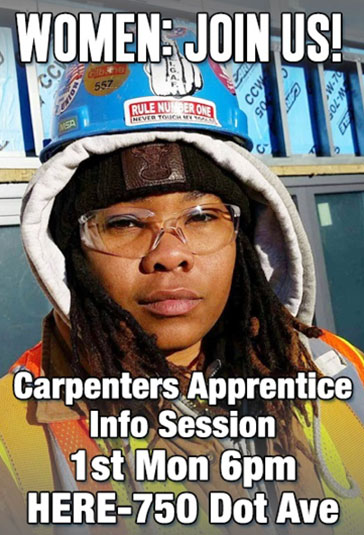