A Day Without Women – Sisters Do Their Part

On International Women’s Day, Sisters took to the airways and streets as participants in the “Day Without Women” rally, which was intended to highlight the significant impact of women.  Rallies were held across the country on March 8, 2017, with Boston being the location where New England Sisters made big time news on television and in newspapers.

Quiana Ferguson, Local 67, made The Boston Globe with her SIB “Rosie” pose. Other Sisters were highly visible with their Union banners bearing the Sisters in the Brotherhood logo.

As these pictures show, the turnout was awesome. There were many inspiring speakers, and the enthusiastic crowd offered “chants” in more than eight languages! 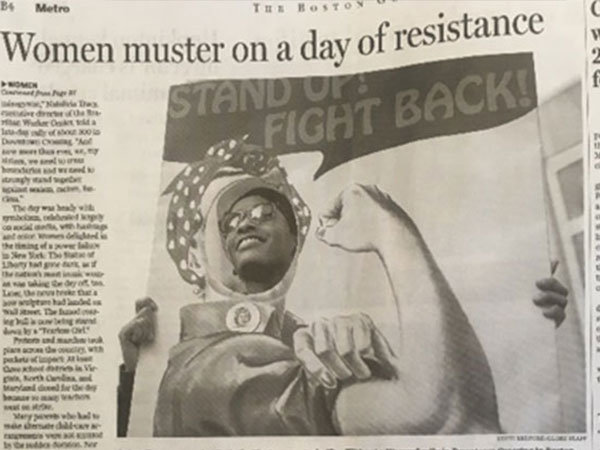 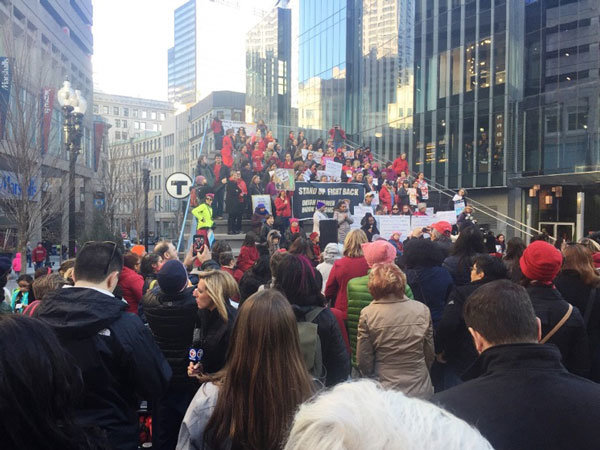 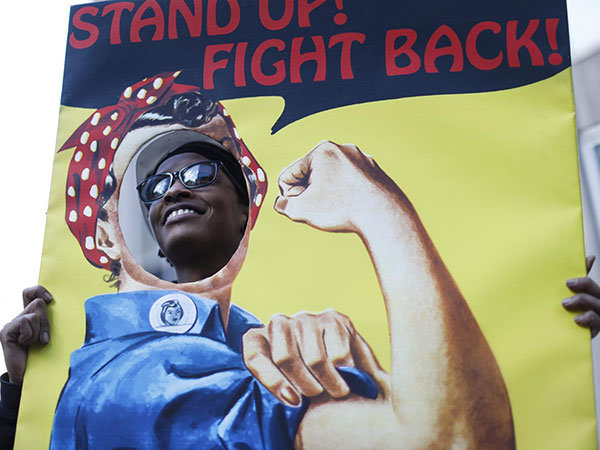 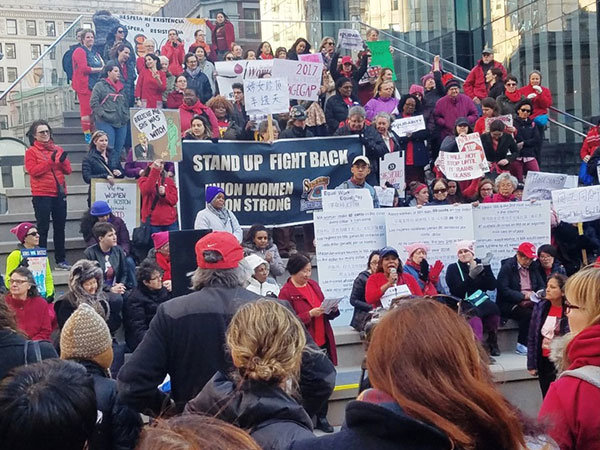