Two SIB committees turnout big to support the Construction Industry Tax Fraud Days of Action, which occurred April 13 – 15, 2019. During this period, across the United States and Canada, members of UBC Regional Councils made their voices heard in an effort to eliminate tax fraud.

Connecticut Sisters attended an event in downtown New Haven. They rallied in front of City Hall, where Mayor Toni Harp (blue suit speaking at podium) spoke on behalf of their agenda.

Rhode Island Sisters took their message to the State House. This was the first time they displayed their Sisters in the Brotherhood banner (Carpenters Local 330 banner). 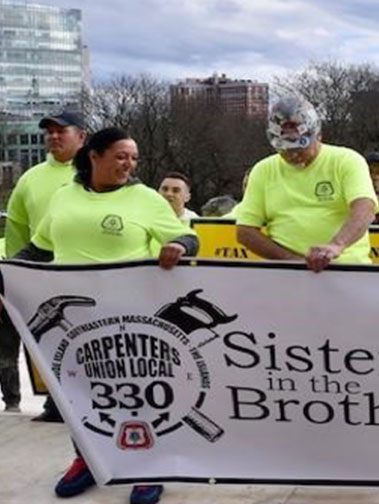 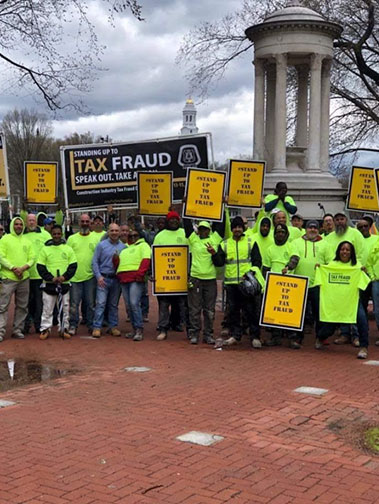 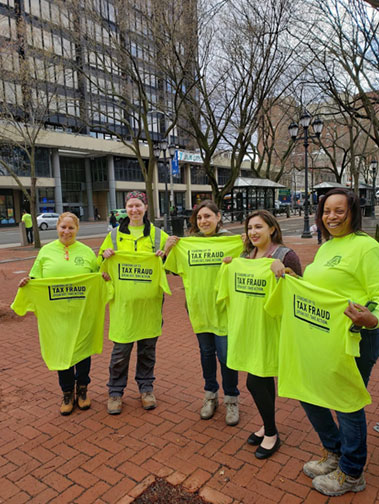 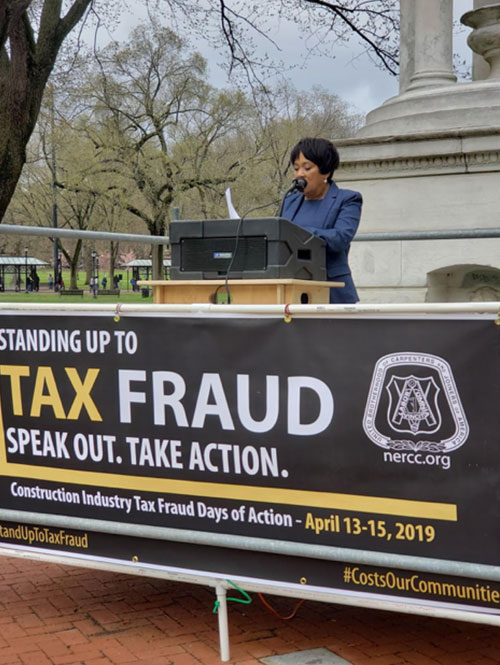 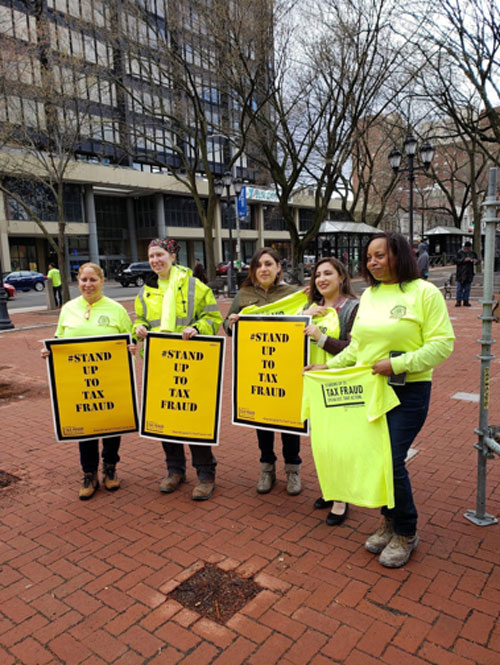