The Boston SIB is gearing up for their second 20 years by creating an elected steering committee. They used the steering committee process in the New York City District Council SIB as their inspiration. CLICK HERE to view. Boston positions include:

The positions were based on needed tasks like Recording Secretary, as well as the five International SIB goal areas: organizing/recruiting, retention, education/development, political/legislative, communication/public involvement.

Candidates created Bios, which the election committee mailed to all Sisters in the two Boston Locals (327 and 328) and the specialty trades Locals (56, 723, 2168).  They also phone-banked and used Hustle texts to reach Sisters. 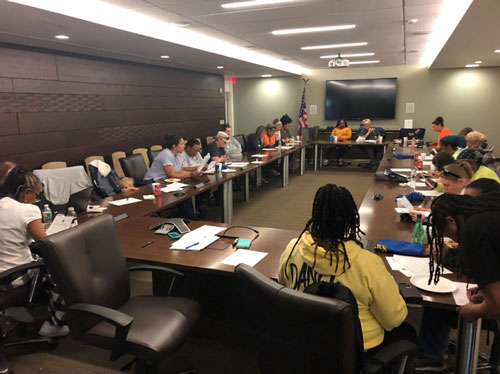